Warriors and Rodeo, Racing, and Recreation have partnered with Rodrigue’s Cajun K-9 to give one trained canine to a deserving military / first responder.

Eddie and his family own Rodrigue’s Cajun K-9 based out of Thibodaux, Louisiana.

According to an article written by Houma Today in Terrebonne Parish,
Although he grew up surrounded by dogs, Rodrigue became inspired to follow in his father’s footsteps when he was 16 after a burglar broke into a house in Larose and stole a family’s Christmas presents on Christmas day.
Using a K-9, Rodrigue and his father recovered the presents from the real-life Grinch and returned them to a much-relieved family.
“I could not put into words the gratifications I felt when I saw the smiles on those children’s faces when we returned the presents,” Rodrigue said. “From that moment on I always wanted to be a K-9 officer and was truly amazed with what a properly trained K-9 could accomplish.” 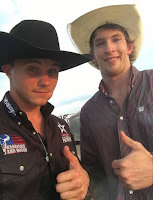 We recalled the time Mason hung out with some of our active duty and veteran bull riders at an event at Big Cedar Lodge in Branson, MO. He was in no hurry to leave and instead spent some time with the guys. He continued to communicate with some via texting, which meant a lot to them. 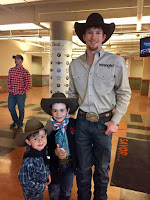 The Rodrigue family also has their own memories of Mason, including the time they competed in an MBR during a PBR event Mason rode in.  Mason got hooked really bad by one of the rank PBR bucking bulls. He staggered into the locker room and looked up at the young bull riders about to compete during half time and said, “Always keep your head up and always think positive”. A conversation the boys will never forget. 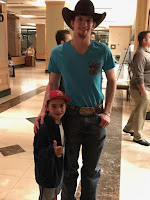 Another time the family was at a restaurant when Mason walked in. Mason called the young bull riders over and talked to them like he had known them all their young lives.
Because of this connection with Mason Lowe, the Rodrigues and Warriors and Rodeo got permission from Abbey Lowe, Mason’s wife, to name this special dog – Mason, in memory of a dear friend of all.

Mason will be trained by Eddie and his family.  This training will be customized to fit the needs of the veteran or law enforcement officer who receives him. Mason can be trained as a service dog, hunting dog, ride on ATVs, and to live on a ranch and with horses. The Rodrigues will take Mason with them to bull riding events that the boys compete in where he will get to meet many of Mason Lowe’s bull riding companions.

Mason will be ready for his new home in the fall of 2019.  Warriors and Rodeo would like to pay for the travel expenses of the Rodrigue family and the American Hero who will soon be owner of Mason to bring them to a large event to present this very special gift to a very special person as well as Mason Lowe’s family to attend.

We are asking for donations for the following:
The Rodrigue family is donating the K-9 as well as all his training to give back to those who serve and to honor Mason Lowe.  The cost of training is very expensive, and we appreciate their generosity.

Eddie Rodrigue III, served in law enforcement for 19 years. While with the Thibodaux Police Department he assumed the position of Lieutenant and supervised the following divisions: K9, Narcotics, Street Crimes, and assisted team leader on the departments Swat team. He also worked for the Lafourche Parish Sheriffs Office. During his service with the department he was a Sergeant supervising the K9 Unit.  Rodrigue was also assigned to the departments Swat team inner agency crises management unit.

During his career he became a National Certified Official for the National Narcotic Detector Dog Association in the following areas: Police Service Dog, Narcotic Detection, Explosive Detection , and Cadaver. He was also considered an expert witness in the 17th JDC for Police K9.

Currently, Eddie and his family run their own business, Rodrigues Cajun K9. They train their dogs in the following areas: duck, blood trailing, service, personal companions, Police K9s, and also focus on behavioral issues. Eddie inherited the gift to train dogs from his father which also has a career of 30 years in law enforcement. Eddies father started teaching him to work and train Police dogs at the age of 10 years old. He is now passing on the gift to his three sons Jay, Carson, and Cade.

Eddie has been married to Danielle Rodrigue for 13 years and has three sons, Jay 12, Carson 9, and Cade 5. 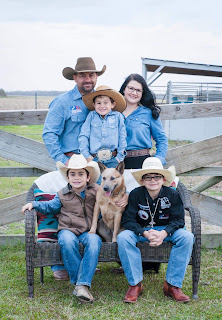 Eddie rode bulls while in high school and competed for a while after graduation. Jay, their oldest, is a three-time MBR (Presented by the PBR) World finalist qualifier. In 2015, Jay won the MBR Cowboy Christmas, 2016 he was the MBR Reserve World Champion, he is also the Louisiana Miniature Jr Mini Bull Rider Champion for 2017 and 2018. Jay also won the 2018 Mississippi Junior High Steer Riding. Carson qualified for his first MBR World Finals 2018. Carson and Jay became the first brothers to win a round together at the world finals in 2018. Carson is the 2017 and 2018 Louisiana Miniature PeeWee Bull Riding Champion. Carson also was the Bareback Champion at Bulls on the Beach on the Florida Alabama line. If Carson is not riding bulls he is in the arena bull fighting bulls. His dream is to fight bulls for the BFO in Las Vegas. Cade, their youngest, started riding sheep at 2 years old. He has started on calves and mini bulls and his favorite bronc horses. Cade has won many buckles over the past few years and his biggest accomplishment is the 3x PBR’s Fan of The Night. He loves Flint. 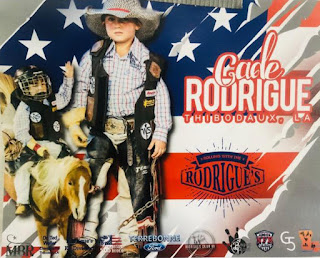 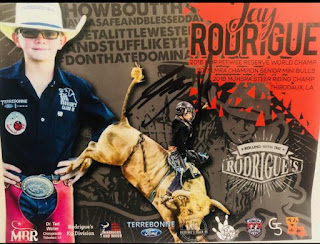 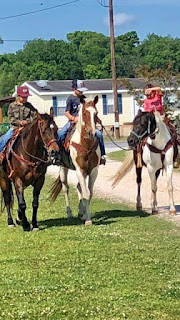 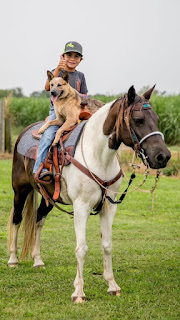 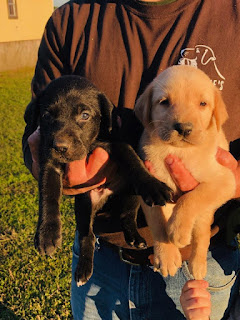 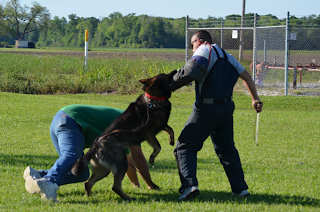 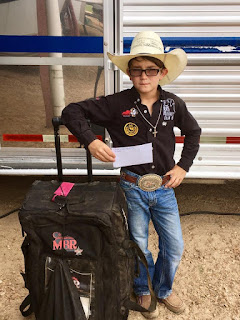 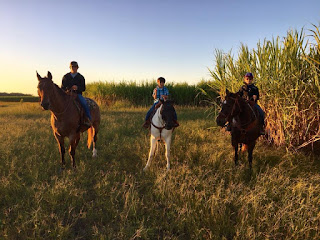 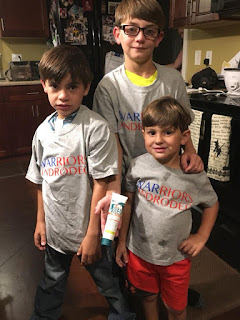 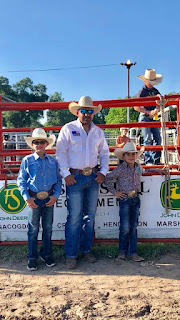 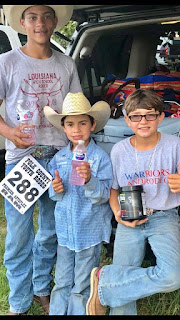 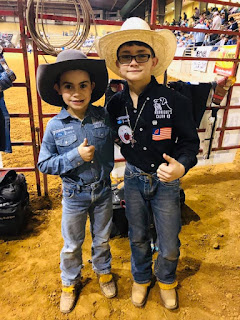